A site-specific installation and an audiovisual performance. 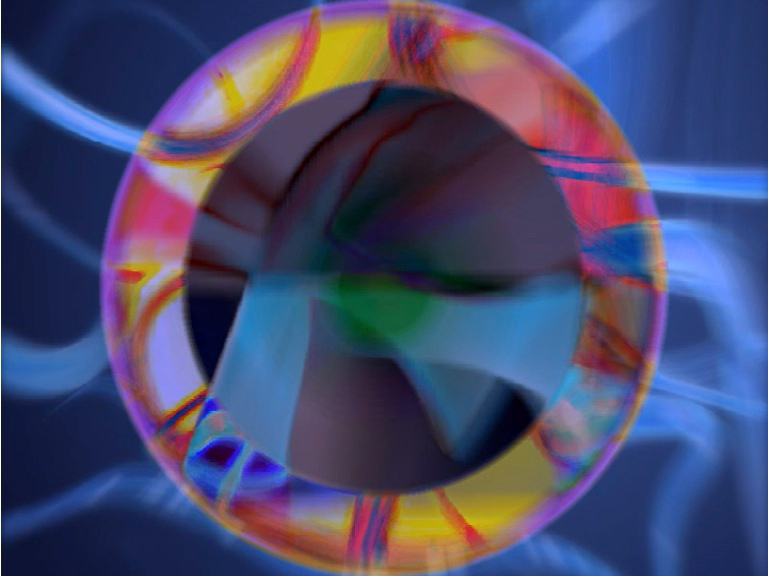 An exploration of the so called Apophenial phenomena as a starting point to extend the reflection on the organization and interpretation of sensory information in order to represent and understand the environment around us.
The human tendency to seek patterns and connections in random information or meaningless data, could be considered as an extreme search for meaning in the complex reality. As perception is shaped by learning, memory, expectation and attention, we may ask which sensory qualities such as sound or color exist in objective reality rather than in the mind of the perceiver, or how our mind helps to structure our experience of reality.

Our mind tends normally to “piece together” what is separated, to attribute meanings to things that do not. This can sometimes take on a pathological dimension, but is common to all human beings have a pervasive tendency to perceive order in random configurations. This propensity to see connections between objects or ideas without any apparent relation to each other, unites strongly psychosis to creativity: they could almost be considered as two aspects of the same process.

With a focus on spatial augmented reality techniques, I made a video installation on non-planar projection surfaces, a projection system consisting of multiple planes each independently oriented in the Euclidean space. The use of projectors as light source can transform the surface properties of the objects, generating a sense of wonder and the urge of intellectual exploration.
The images suspended in space are reflected in the windows of the circular room, multiplied by the many different points of view and added to the city’s night vision.

Live performance with A Dark Dress